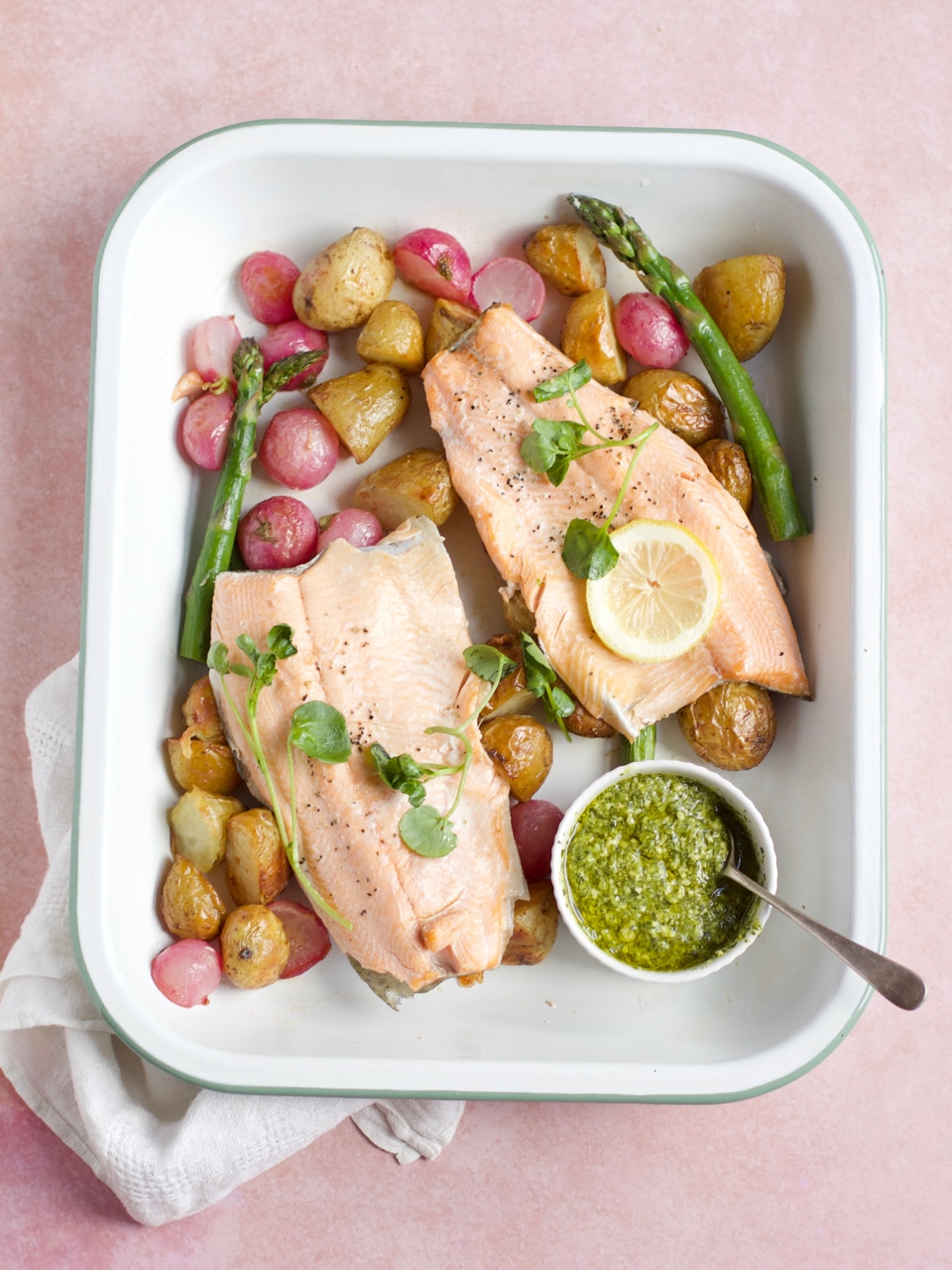 The food stuff I hate the most in the world is a boiled new potato with papery skin. I know, it’s an utter crime to springtime, but I just can’t. It’s most definitely a textural thing, as I often compare the skin of a new potato to clingfilm. I thought I’d grow out of this childhood aversion, having adjusted my tastebuds to broccoli and fishy fish like sardines after all, but I’m still waiting.

It’s with great confusion to me then, that roasted new potatoes, are in fact one of the best things to eat. I find it an incredible science that just changing the cooking method, can dramatically change an ingredient. Out with the papery clingfilm skins, and in with the olive oil coated crispy skins, much better.

To celebrate the joy of roasted new potatoes I made this tray bake, and added radishes and a little asparagus before topping with trout. Admittedly I could have put more asparagus in, so please do. I love a tray bake for a simple supper because the oven does all the work for you, and there’s very little washing up!  The only thing you need to pay attention to, is that the various aspects require a slightly different cooking time, so will need to go into the pan at various intervals throughout the cooking time.

The watercress pesto I added was leftover from one of my recent fish on-line cooking classes, which I will be repeating in June along with some other new classes. It’s been really fun cooking with so many people on Zoom, and it’s been wonderful what everyone has been able to create in 90 minutes with a renewed vigour for home cooking. Perhaps you’d like to join us for the next one? There are six to choose from in June? More info here. 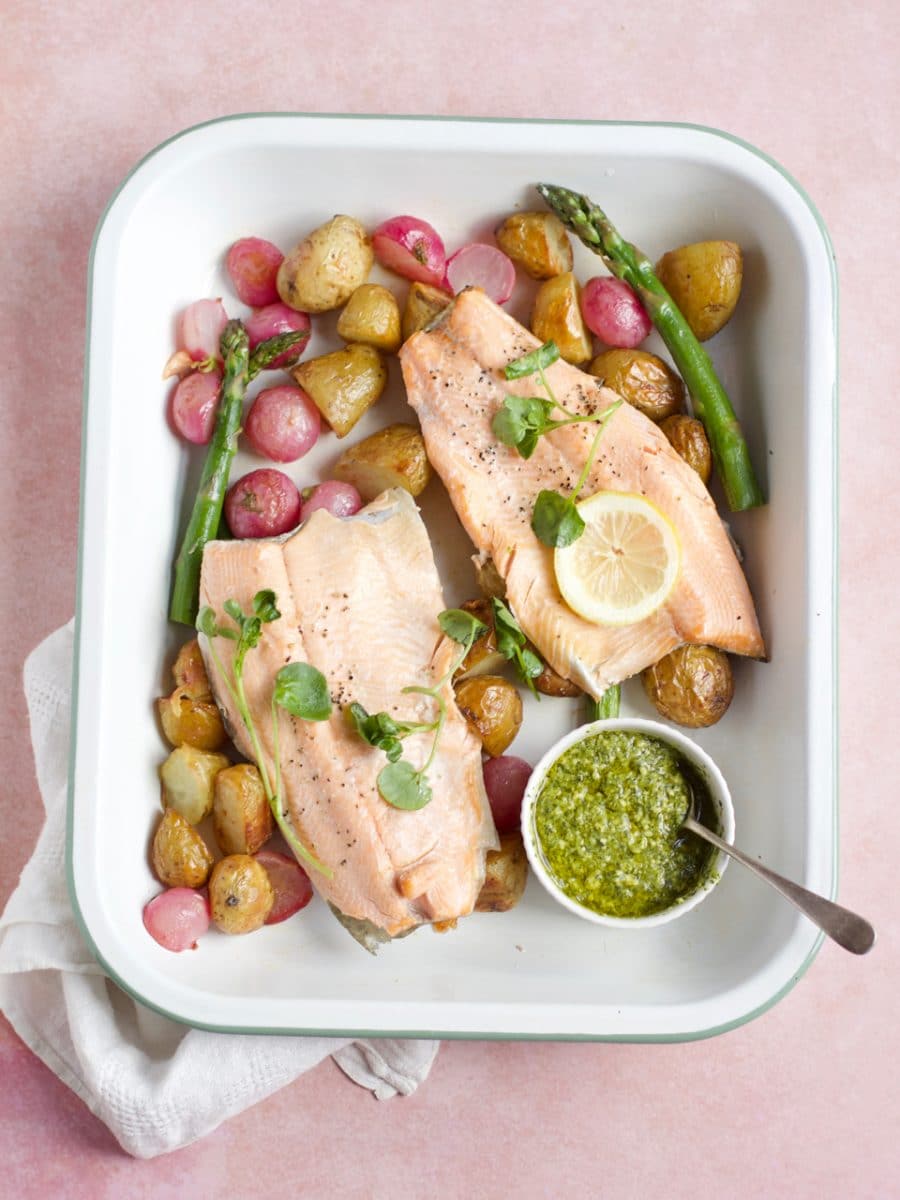 Print
Prep time
5 mins
Cook time
40 mins
Total time
45 mins
Trout tray bake with new potatoes, radish and watercress pesto; put everything in one tray and let the oven do the work before topping with a peppery watercress pesto.
Author: Ceri Jones
Recipe type: Main
Serves: 2
Ingredients
Traybake
Watercress pesto
Instructions
Traybake
pesto
3.5.3251
Anyone with me on the clingfilm? Go on don’t be shy… I can’t be alone???