Semifreddo means half cold in Italian and this simple dessert is a cross between a frozen mousse and an ice-cream. In this version I swirl through deep maroon plum puree and scatter in crumbled amaretti biscuits. 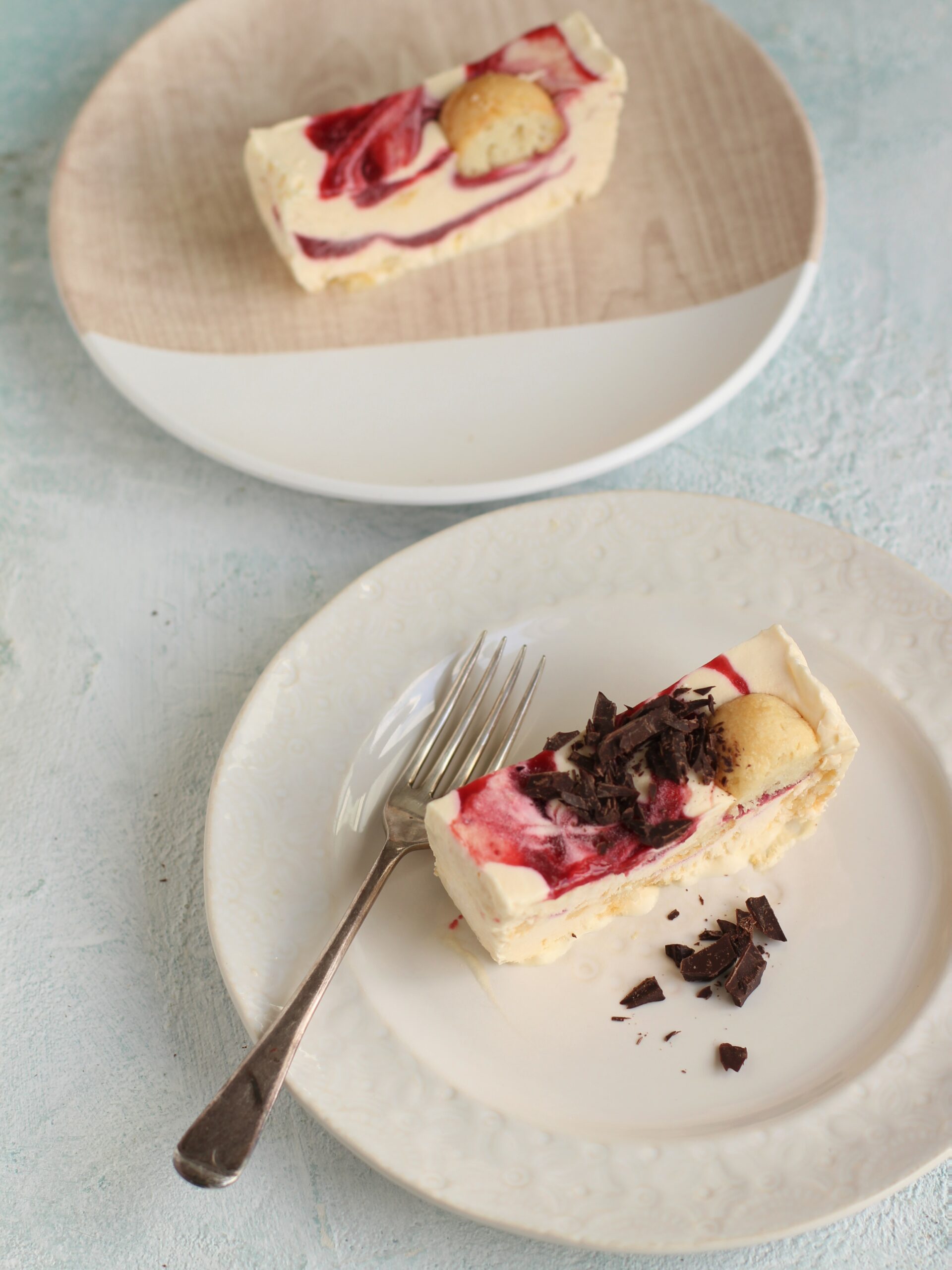 I first made a version of this plum amaretti semifreddo, whilst cooking for a retreat in Sicily earlier this summer and was instantly asked for the recipe. I’d actually slightly freestyled it using a couple of recipes on the internet for guidance (props to BBC Food and Jamie Oliver) since it was a last minute decision to replace my well-used lime avocado tart (thanks to the unusable over ripe sludgy avocados). Thankfully I kept the notes from my Sicilian adventures and 5 weeks later I have finally had the time to retest and tweak the recipe at home to serve 6 instead of 11.

The dark chocolate on top is optional, but we all thought it gave the dish a nostalgic Viennetta vibe. It went down so well, that a reprise was request and Semifreddo mark II popped up on the final night. I made that one with apricots, amaretti and white chocolate shards, although personally I think the plum puree version has the egde in the looks department. 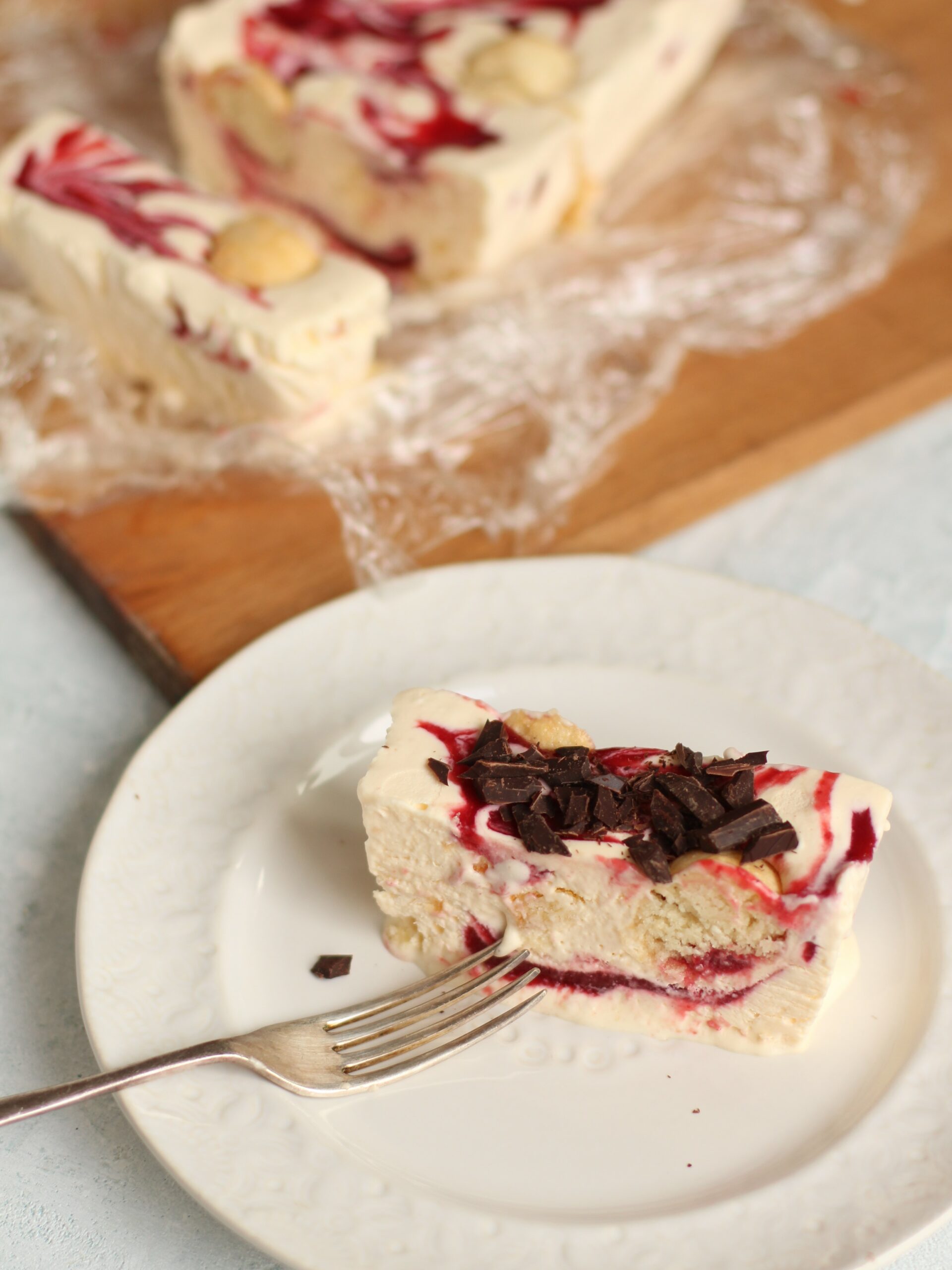 The plum puree needs time to cool, so you have to make this in stages. It’s all very simple other that that. Also, one more thing – If you can use crunchy rather than soft amaretti, they’re texturally more interesting!