How to make sweetcorn ribs – the latest food trend.  I serve mine with miso butter 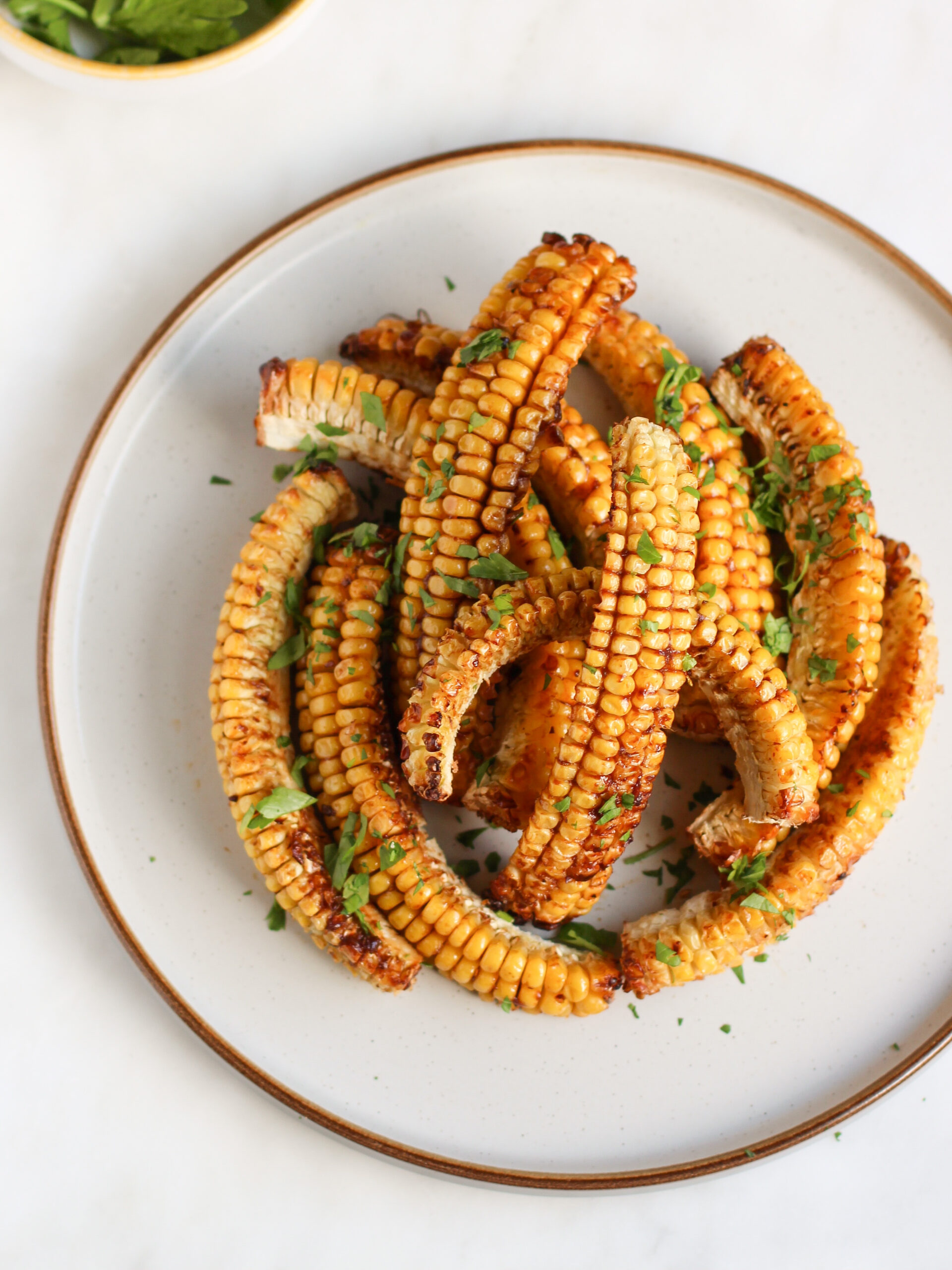 Sweetcorn ribs, as a concept have been around for a while now, although I’m not sure who is to credit for this amazing idea. In season sweetcorn is fantastic at the best of times, so what’s better about these ribs? Well? Not a whole lot I’m afraid to report, they taste the same as a whole corn on the cob – but they are easier to eat – less butter rolling off the corns and dribbling down your chin. They also look so impressive curled up on a plate.

How do you make sweetcorn ribs?  You simply divide a corn on the cob lengthways into 4 quarters, which then curl up into ribs in heat of the oven. The centre of the corn is really tough, so you’ll need a very sharp knife – a larger chef’s style knife is best – and a lot of strength and patience to chop them up. But, there is no reason why you shouldn’t be able to.  I’ve explained how to chop the corn in my recipe below but, for a visual aid, check out my latest instagram reel.

Have you ever tried making sweetcorn ribs before? 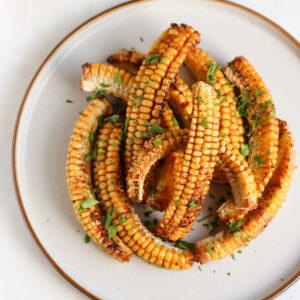