The Art of Fika, with Swedish Chokladbollar 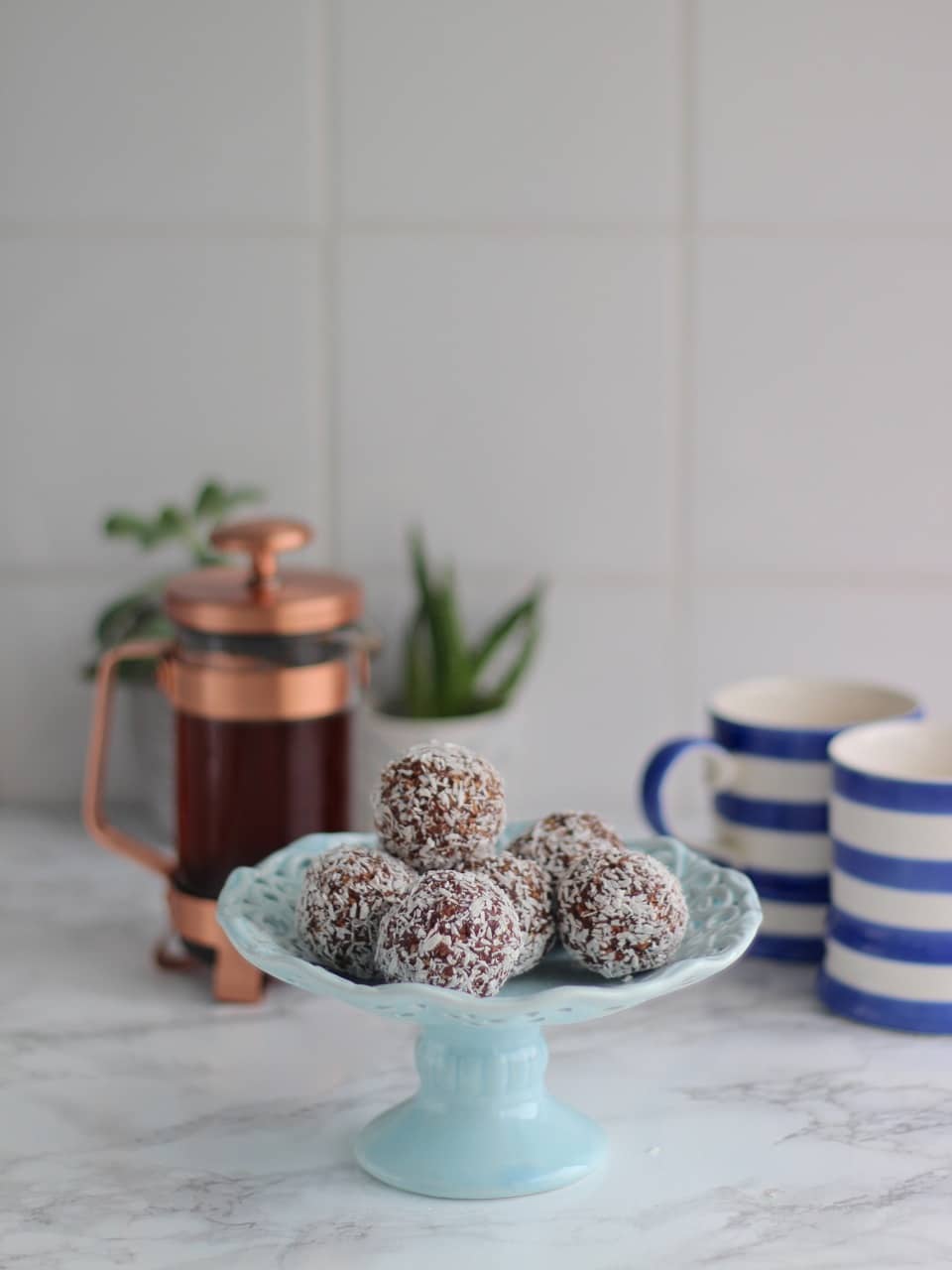 An influence of Scandinavian culture has been evident for a while here in the UK.  Whether we realise it or not shops like IKEA and clothing staple H&M have poured Scandi design into our homes and wardrobes for quite some time.  Then, more recently the Danish art of Hygge, has been a bit of a buzz (and a bore to be honest), but what about Fika?

Fika, according to London’s Scandinavian Kitchen, means ‘to meet up, have a coffee and a chit-chat’

I’ve been aware of Fika for a while, but didn’t actually get to put it into practice till I visited Stockholm for a few short sweet days last week.  When my friend asked if I wanted to be her +1 on a work trip to a city I’d always fancied visiting I just couldn’t say no, despite the fact I was only a few days back from Mauritius (there have to be some benefits to being your own boss), so off we went.  My now tropical palate, my internal temperature monitor and my body clock were a bit confused to be honest! 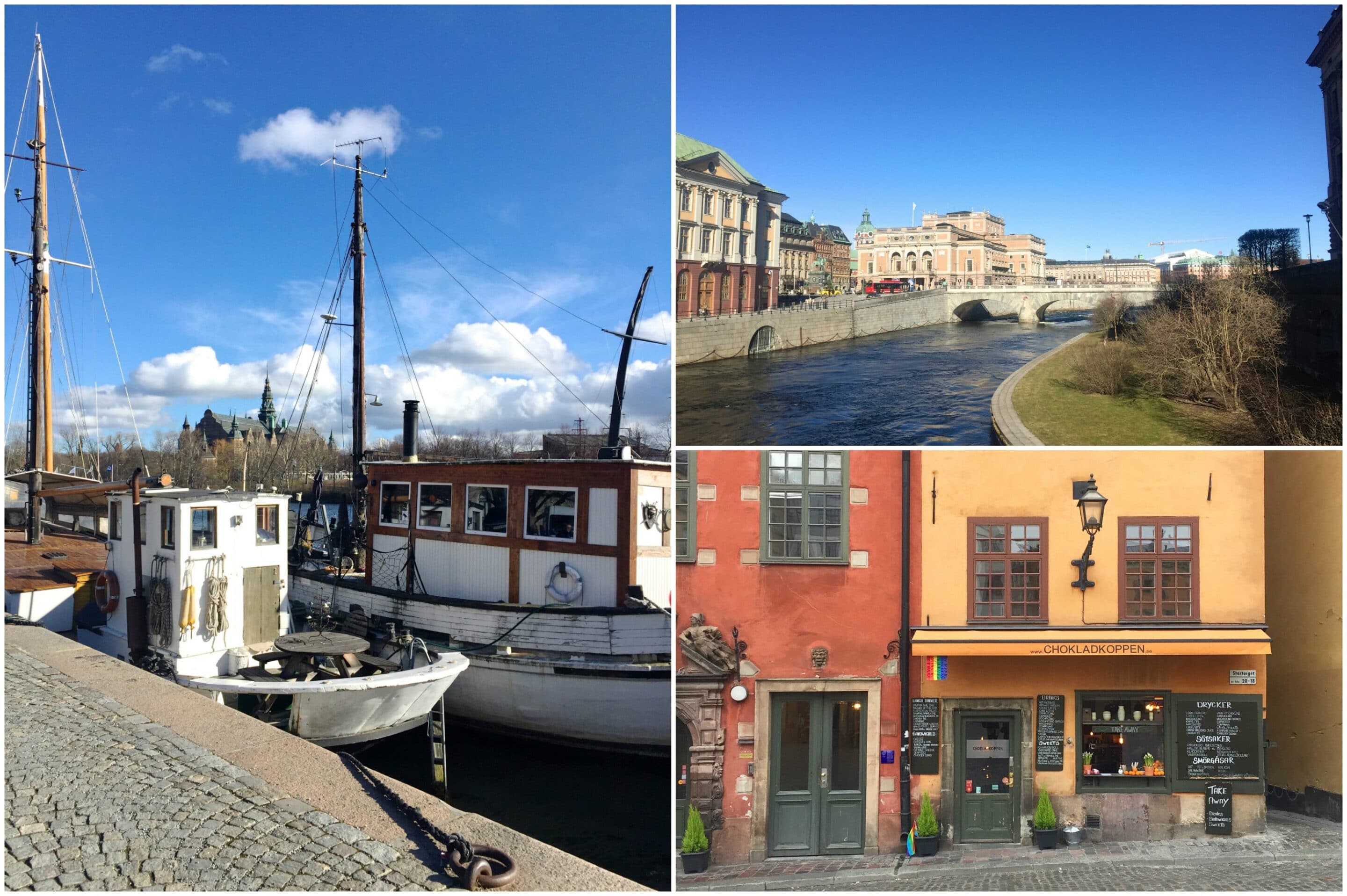 Stockholm views, despite the blue skies it was a cool 7 degrees C!

Fika provides the perfect excuse to slow down, the opportunity to seek out cute coffee shops and bakeries, and to sample all the Swedish goods.  Amongst all the cardamom and cinnamon buns I loved the look of the simply make Chokladbollar – which simply translates as chocolate balls.  The Chokladbollar are a non-baked mix of oats, butter, sugar, cocoa and coffee, rolled in coconut. This had to be something I could simply recreate at home.  Maybe one day I’ll have the patience to try the more tricky cardamom buns. 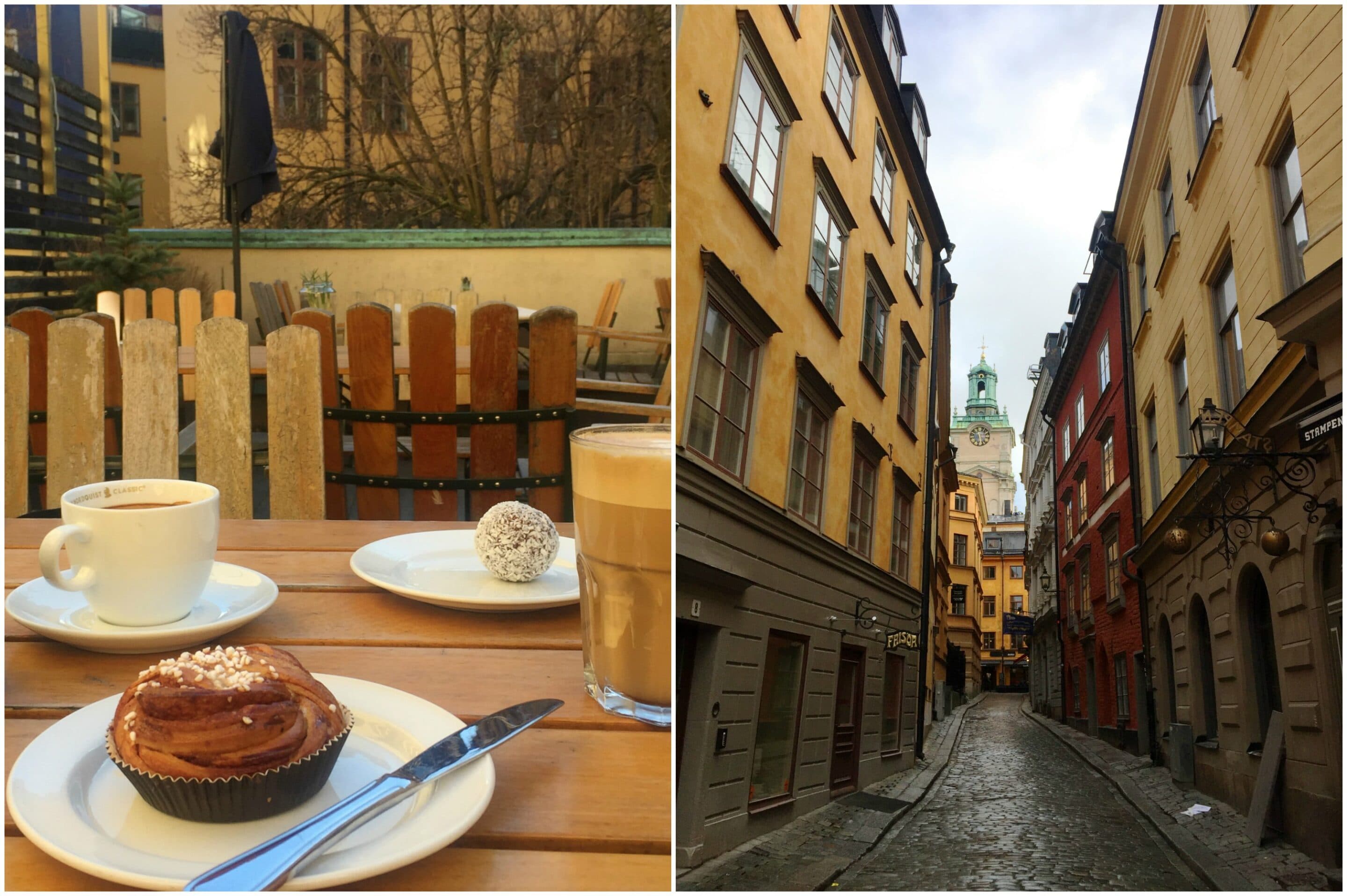 Fika in Gamla Stan, the older part of Stockholm

Instead of just simply recreating the Chockladbollar, I also decided to make a dairy free / vegan version, this way I could potentially add them to the list of things I make on retreats or in some of my vegan cooking classes.  With butter the only animal product in them this shouldn’t be too hard.

When you substitute butter for a vegan saturated fat (usually coconut oil), you have to be a bit more clever than a straight 1:1 swap.  I’m no scientist (or even a mathematician), but it’s fairly obvious that because butter is around 80% fat and and the rest water and milk solids, whereas coconut oil is 100% fat they don’t quite work in the same way.  A straight swap at the same level may taste too oily, so I usually opt to use 20% less coconut oil than butter.  I have also used a different method for the coconut oil.  Sometimes recipes aren’t always tested with any alternative suggestion so I did test the both to be sure. I actually have a bit of a bug bear for recipe writers that don’t realise this, so if you spot this anywhere too make sure you let the recipe writer know!

Caster sugar is usually used in Chockladbollar, and creates a wonderful grainy sugary taste with each bite.  I don’t think that any of the so-called ‘healthy’ sugars (which we all know aren’t really that healthy, actually) would really work in this recipe in terms of taste or texture.  I actually bought home a small bag of granulated unrefined cane sugar from Mauritius and so after crushing a little with a pestle and mortar as the granules were huge, I used this, and reduced the amount.  I actually had the opportunity to taste fresh sugar cane juice straight from the cane while I was in Mauritius and am sure I will write all about this one day! I think a golden unrefined caster sugar would be great too.  Confused on all the types of sugar?  Read this.

A Chockladboll is best sat and enjoyed with a rich cup of black coffee a mate and a chat.  I am on the last of my Surrey Hills Coffee which I have been eking out (thanks to my freezer) since I visited their roastery just around the corner from one of my yoga retreat venues last summer.  A nice coincidence because its owned by a lovely Swedish couple! 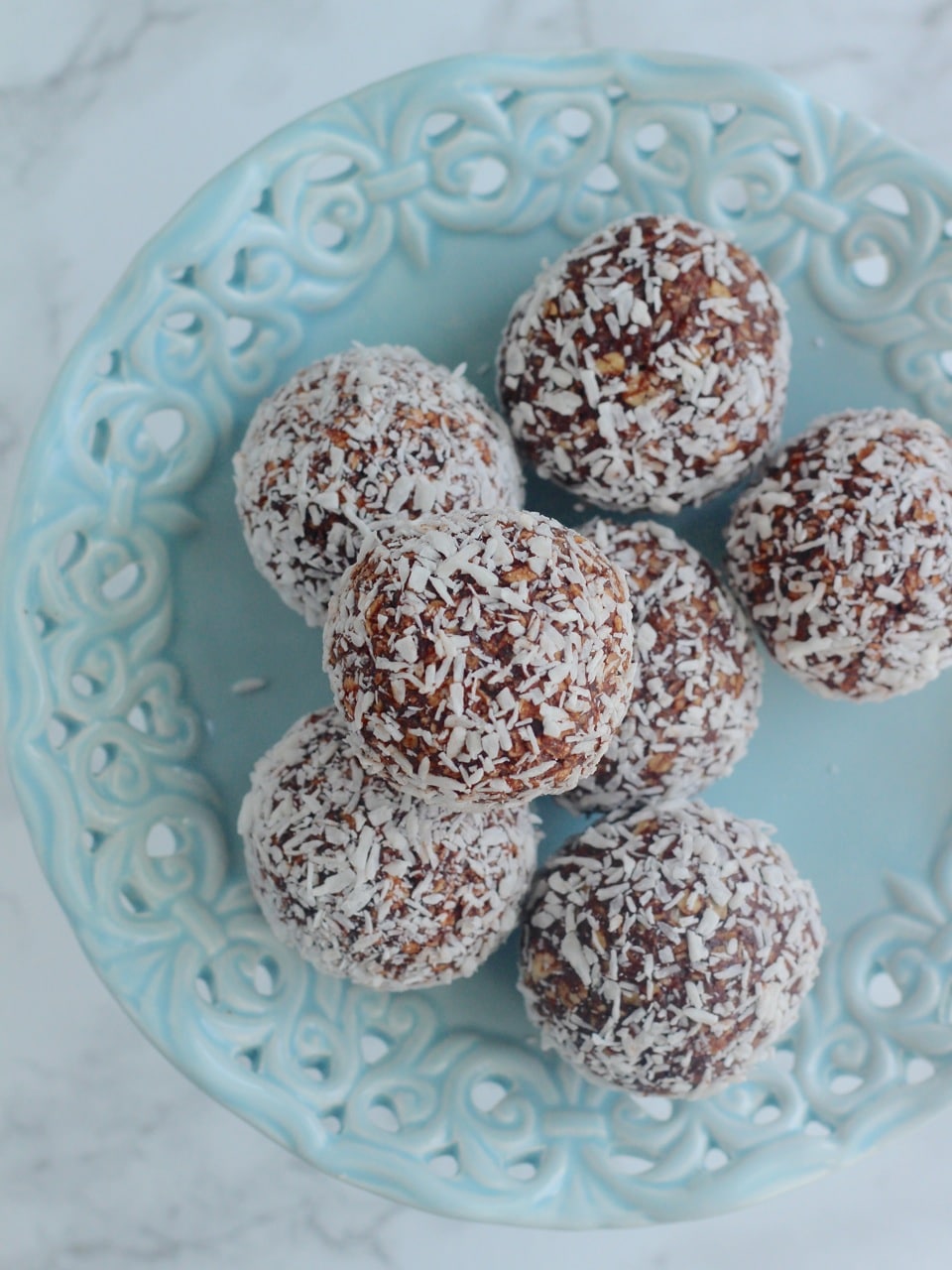 Print
Prep time
5 mins
Cook time
30 mins
Total time
35 mins
Perfect for a Fika, or for anytime really these Chokladbollar (Swedish Chocolate Balls), are delicious and perfect with a cup of coffee. Easily made vegan and gluten free.
Author: Ceri Jones
Recipe type: Snack
Cuisine: Swedish
Serves: 10
Ingredients
Instructions
Notes
Coconut oil: Coconut oil is more difficult to soften than butter, so in this instance its easier to melt to oil to ensure it is well distributed in the balls. Once melted you can add the sugar and vanilla and then the rest of your ingredients as per the original method. Because of the melted oil, the dough will be wetter, so I recommend chilling the dough for 10 minutes before rolling into balls, which will make the whole process easier.
3.2.2802
Looking for more cakes and bakes to enjoy for Fika?  Try a slice of this Nordic Berry Oatbake, these Cinnamon Apple Rolls (vegan), this Danish Fedtebrød, this Swedish Almond Cake, these Kransekake (marizpan macaroons) or finally these Christmas special but why not Lucia Buns.