Let’s go Blackberry Picking. Blackberries and Jam combine in this simple jam to go along cashew based waffles.

Against All Grain Waffles, with Blackberry and Fig Jam

Blackberries provoke such vivid family memories for me.  Picking blackberries with my Grandad (whom we affectionally called Dadcu, the Welsh word for Grandad) during Summer holidays in South Wales, and later with Mum, frugally combing the Surrey countryside for finds.  Dadcu used to make blackberry jam with his, Mum’s staple was an apple and blackberry crumble.

A few weeks ago I happened upon a taster of blackberry jam in a local delicatessen. The smell, the taste, immediately brought back these memories in a very happy way.  Sounds silly really, but I knew I had to immediately find a recipe for these beautifully dark and luscious berries, hoping to bring some comfort from the memories of lost loved ones they would evoke.

After considering trying a crumble, I decided upon a fruit compote to go with some waffles – the waffle recipe is courtesy of a new cookbook ‘Against All Grain‘ by  Danielle Walker of the gluten & grain free recipe blog of the same name. To me the recipe looked especially interesting since it contains cashew nuts, not something I’d seen before in a grain-free recipe. I bought the book last month from Omnivore Books on Food in San Francisco (an entire bookshop devoted to cook books) where I was lucky to meet Danielle at one of the dates on her promotional tour.  Danielle is super friendly, an incredibly creative cook and the book is stunning. 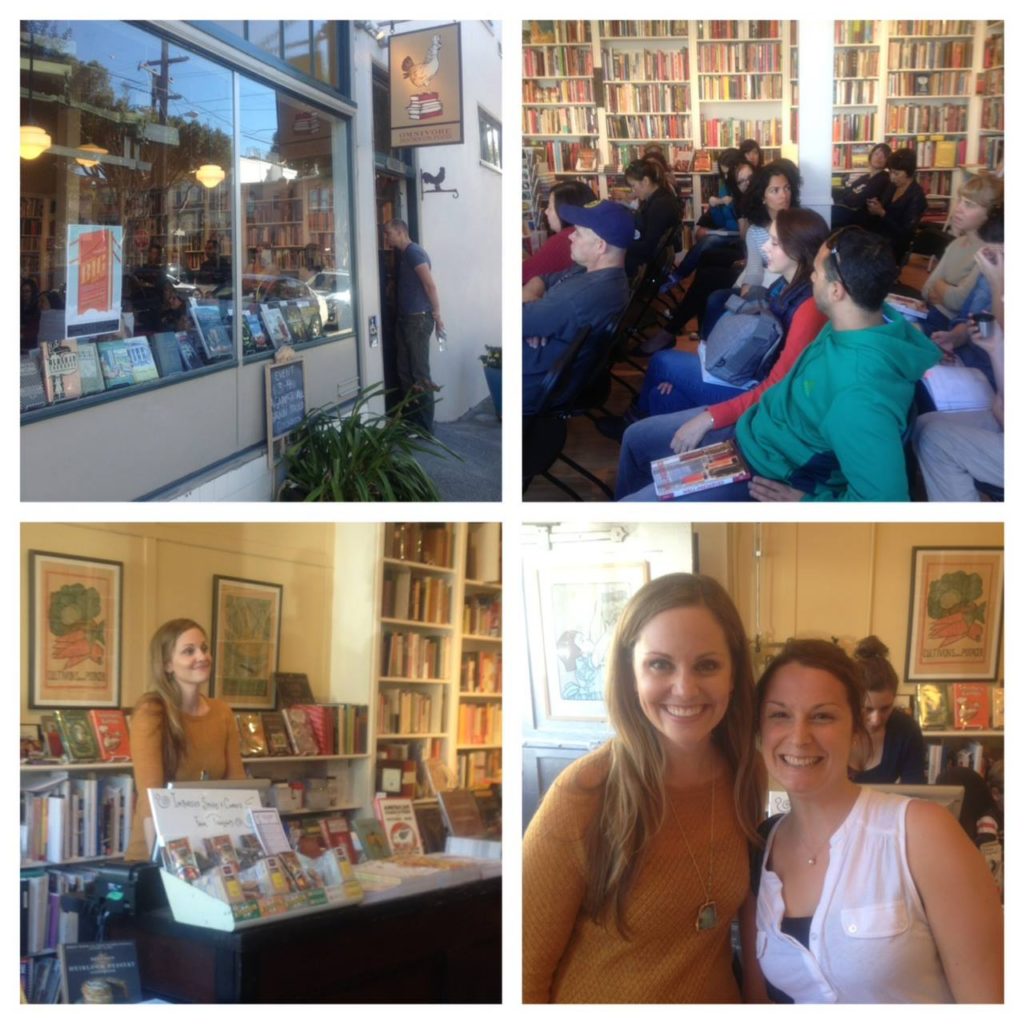 Danielle from Against all Grain and me

To me waffles are such an American institution. Not something I’ve cooked before, or even given them much thought before coming to America. Most households (including my temporary one) are proud owners of these waffle making contraptions, which do a fantastic job at turning beige batter into a delectable treat. For my first taste of American waffles these weren’t half bad (reader, that means they were VERY good, us Brits aren’t very good at being complementary).

The waffle recipe can be found in Danielle’s book and also on her blog. I made some slight amendments reducing the recipe by a third to cook since they were just for me, and also soaked the cashew nuts over night for increased digestibility. I also threw some blackberries into the waffle batter.

My recipe for the very simple Jam topping is below, the best part is that no additional sugar is required. I deliberately kept the texture quite chunky and included beautiful Californian Black Mission figs, though their inclusion is optional. To make up the full dish, assemble the waffles as per Danielle’s instructions, plate up and spoon over some of the jam.  If you have any coconut milk left over from the waffles you may like to drizzle that over the top too. 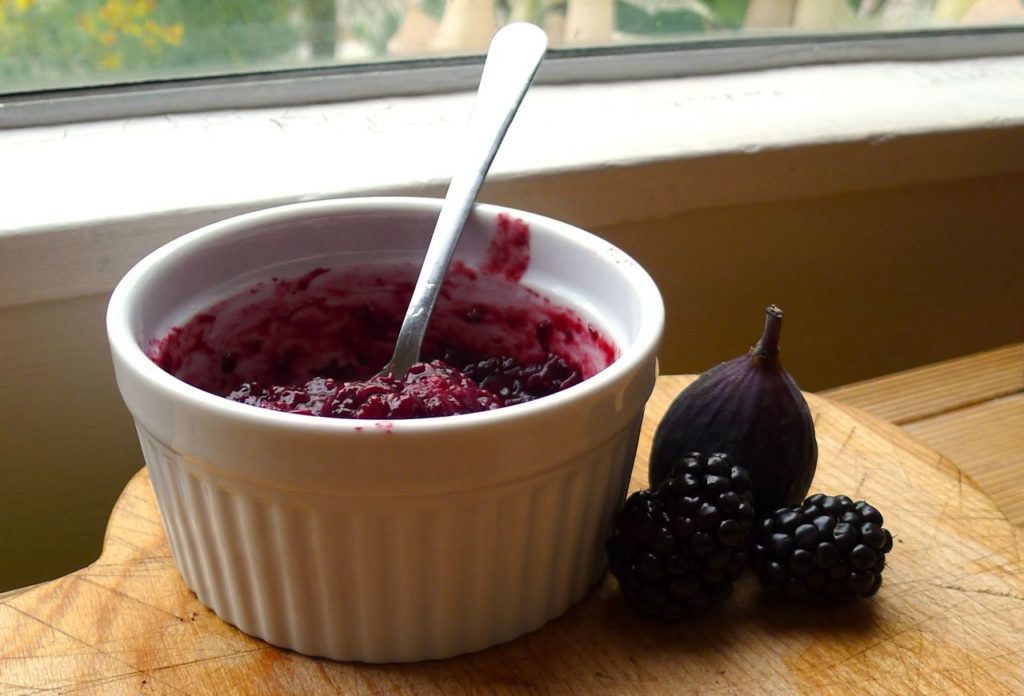 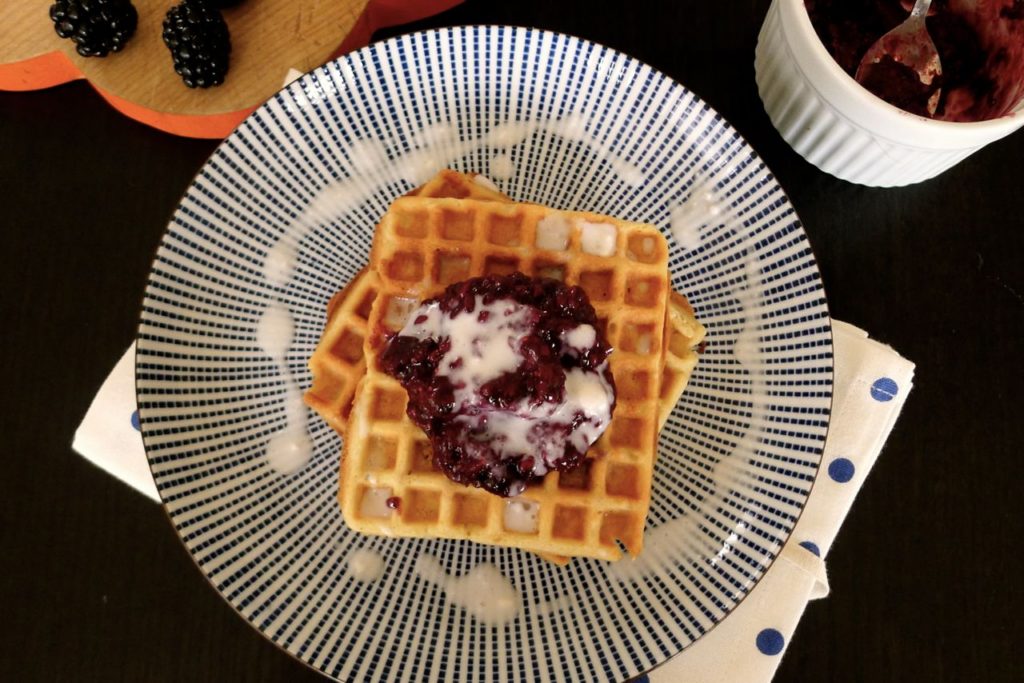 Against All Grain Waffles with Blackberry Jam and Coconut Milk