Parsley is the real star of any tabbouleh.  In this recipe bulghur wheat is replaced with tiny pieces of cauliflower for extra veg. 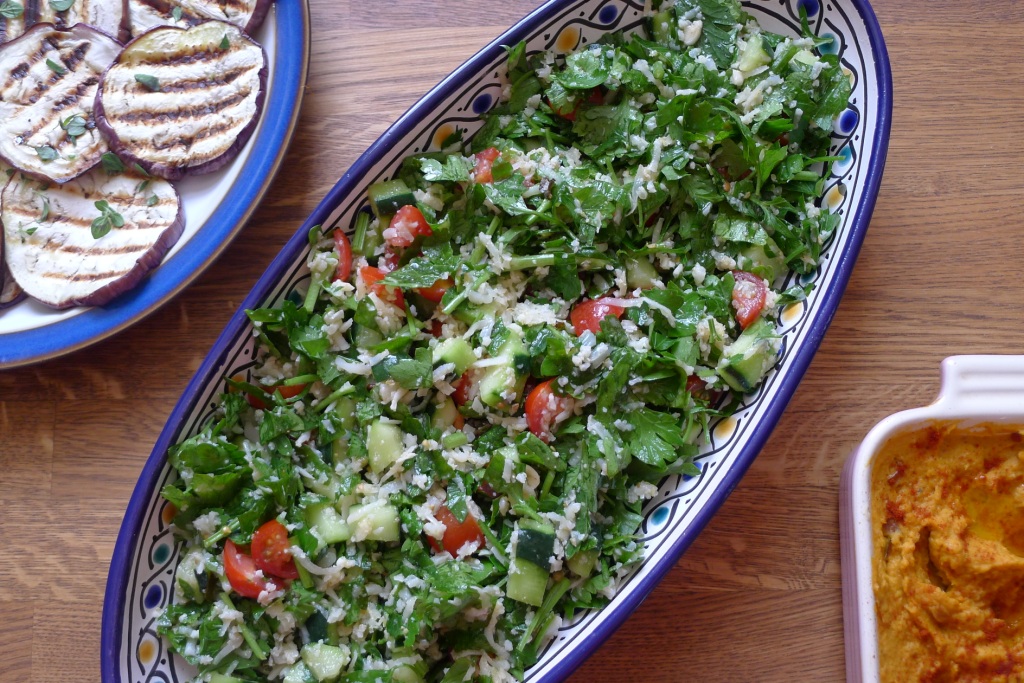 When searching for some foodie inspiration I often have a good rifle through my ever expanding collection of cookbooks.  Sometimes it doesn’t matter how many times I’ve flicked through the same book I can still find that something new catches my eye – or I think of a different technique to adapt a dish.  I’ve a really good book based around seasonal ingredients and this tabbouleh idea was plucked right from the colourful summer section, probably  because I already had a stack of fresh parsley already in the fridge.

Since I already have a tried and tested Tabbouleh recipe in my box of recipes  (I have a box with bits of paper cut out of magazines, and recipe notes from friend) this is what I used as a base for my dish.  Although instead of the regular bulghur what I subbed for some cauliflower broken down into grain sized pieces in food processor. This makes this version of tabbouleh gluten free, and with extra veg.

Tabbouleh is definitely meant to be a herb-based salad so the more greens the better.  The cauli absorbs the flavours of the dressing really well, so this is especially wonderful the day after making.

This is a great make-ahead picnic or BBQ idea.