*This post is commissioned by Consorzio del Prosciutto di Parma 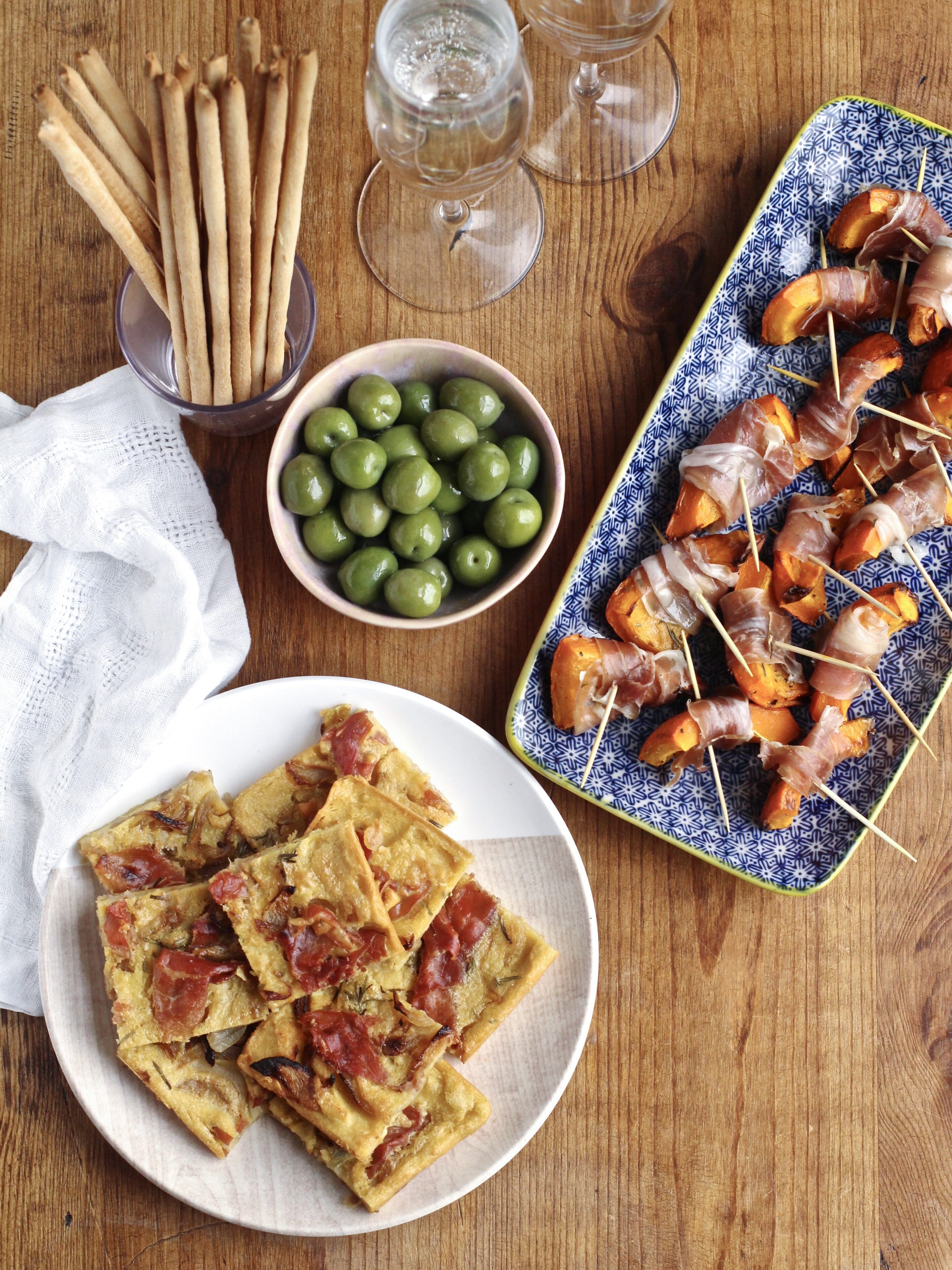 I can’t believe we are getting to the time of year when festive chat takes over all the things. Such a cliché to say this but 2019 has passed so unbelievably quickly, and in fact the whole decade. Festive drinks every year wouldn’t be the same without nibbly bits, and since I love to create these little bites I was very happy to create a recipe for the forthcoming festivities using Parma Ham.

In Italy, they have a much catchier name for a drink and nibbly bit and call it an aperitivo. The idea of both the drink and accompanying bit is to whet your appetite for the dinner to follow. In fact the Italians love the aperitivo so much it’s served year round. I’ve had a fair few aperitivi in Italy and they can range from a handful of crisps and olives to a full on carby buffet. The idea is not to eat enough to ruin or replace your dinner, although I have learned from Italian insiders (aka some of my extended family) that they quite often do! 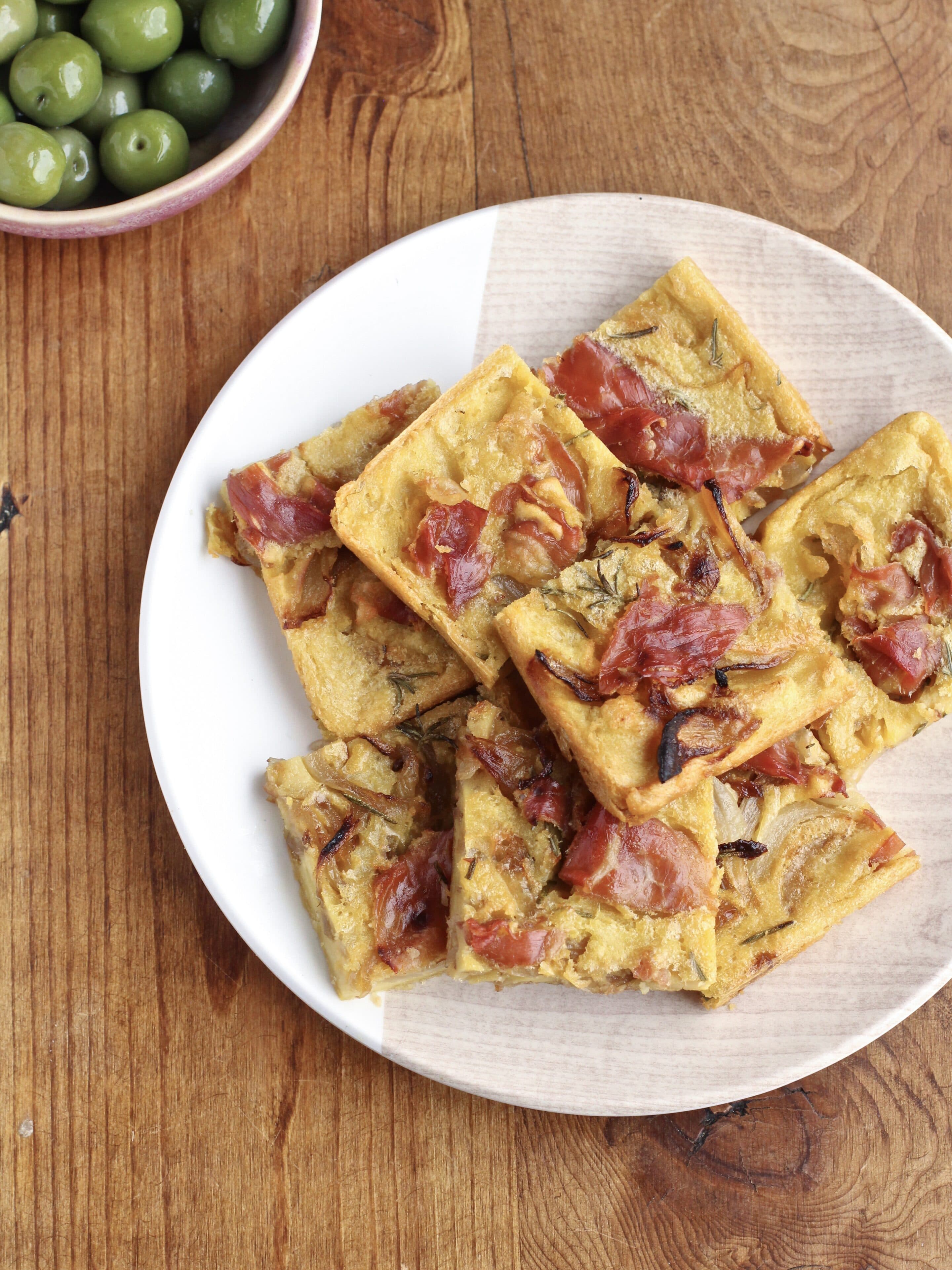 A favourite Italian recipe of mine is farinata – a chickpea flour based dish, cooked in a baking tray in a pool of sizzling olive oil (not entirely different to the cooking method for very British Yorkshire puddings). I’ve made this on a number of retreats in Italy and France this year to add to a lunch buffet, usually with caramelized onions, olives and freshly picked rosemary from the grounds.

For my festive version, I have kept the rosemary and the onions, and then added strips of Parma Ham baked into the top. Cut into squares and pop one in your mouth to whet your appetite for a fabulous feast to follow. I always enjoy adding the flavour of Parma Ham to my recipes, and love the fact that it is 100% natural with no added nitrates or nitrites. 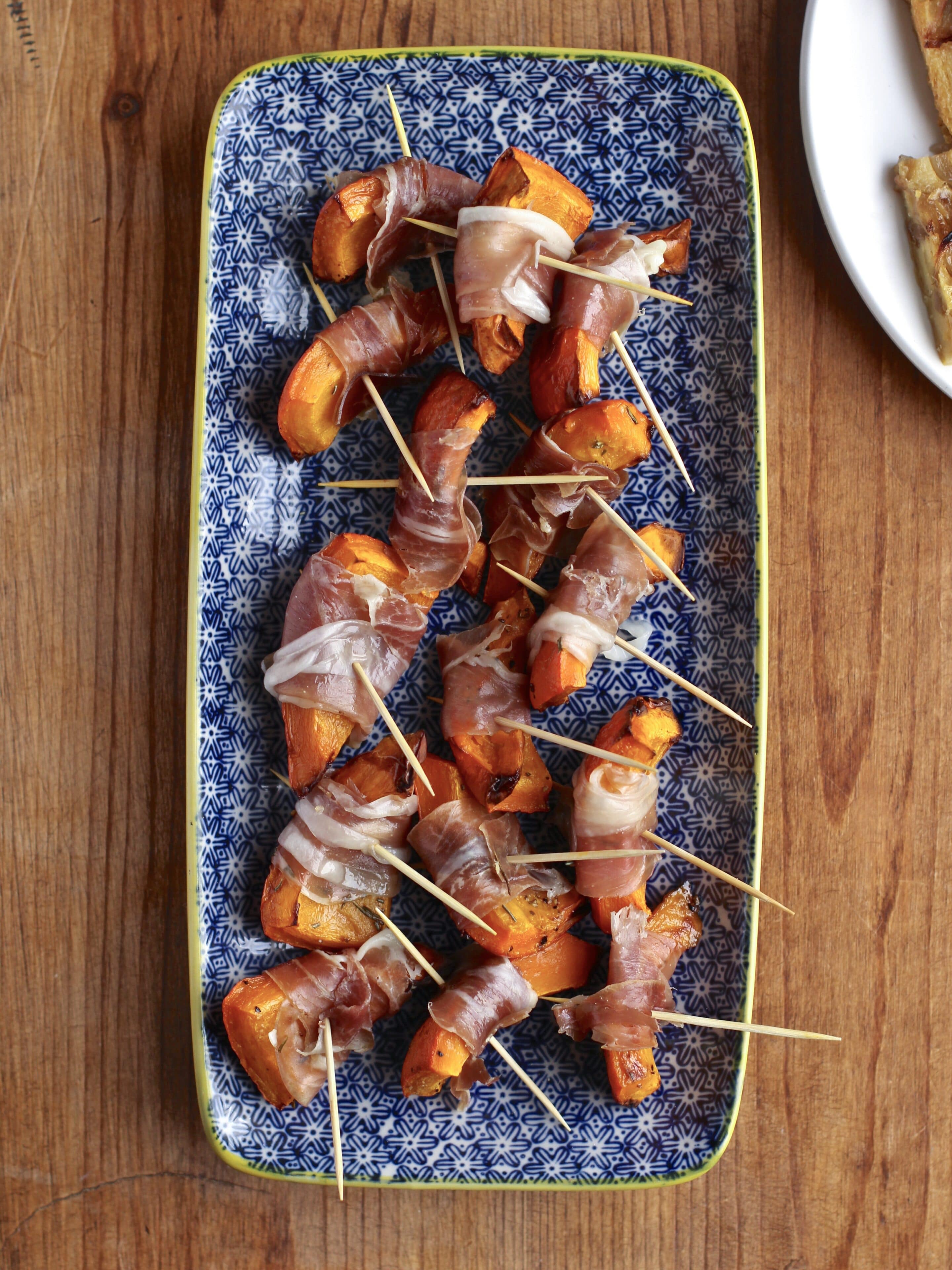 Since all of my recipe have to have a seasonal vegetable element to them, I also roasted some chunks of Red Kuri squash simply with rosemary and salt, and then wrapped some Parma Ham around them and secured with a cocktail stick once out of the oven. The squash is sweet, creamy and chestnutty and the flavours provide a fantastic base to the 16-month aged sweet, delicate salty Ham (I already paired them together in a risotto a few years ago). These bites are very much inspired by the more popular idea of wrapping ham around melon.

Serve with some Sicilian Nocellara big green olives, and some grissini bread sticks on the side.

Enjoy with your drink of choice, and if we’re following the Italian rules maybe make it an Aperol spritz or a Prosecco. 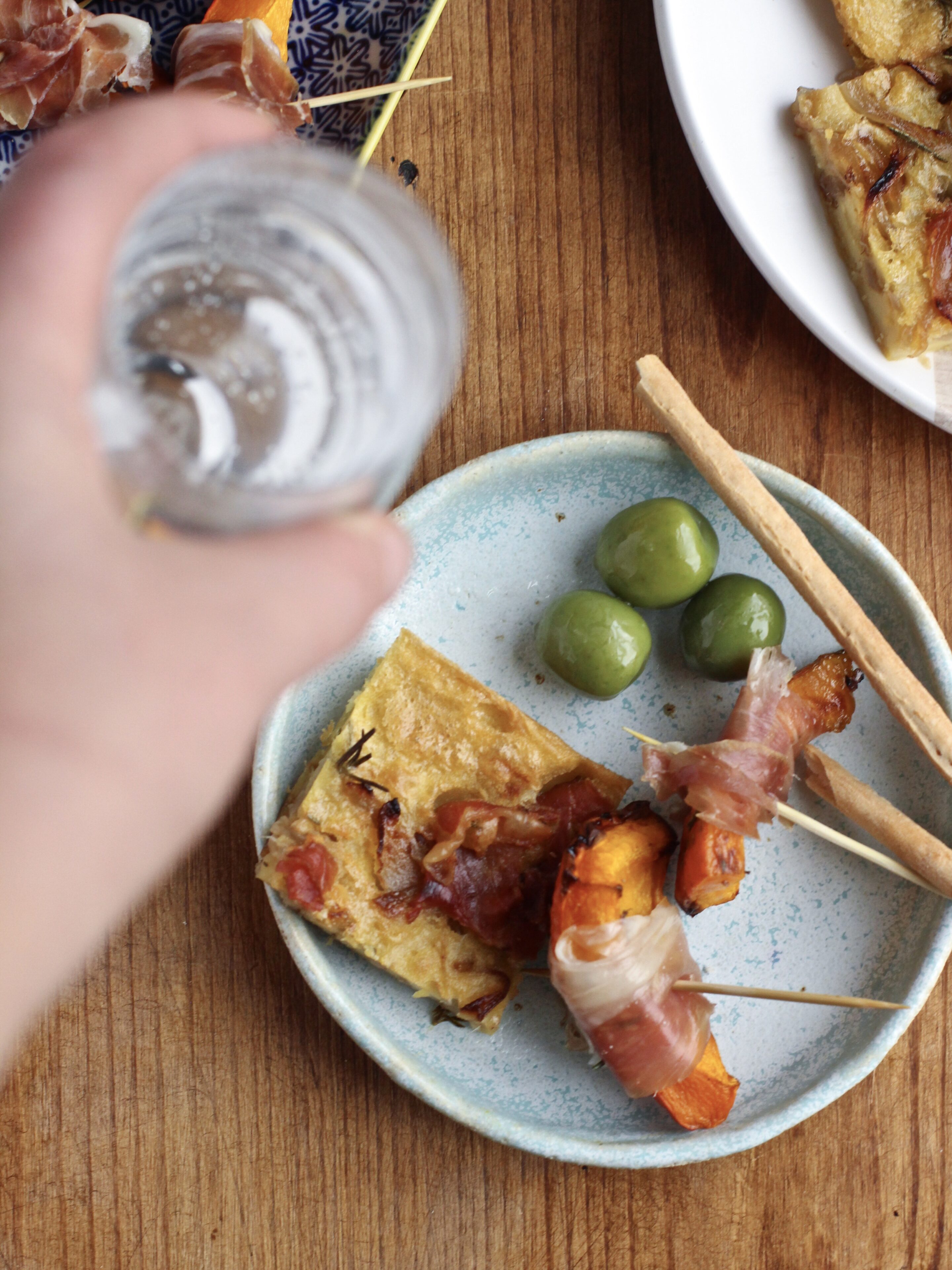 *Disclaimer:  This post and recipe was commissioned by Consorzio del Prosciutto di Parma. Thank you for supporting the brands who help make it possible for me to continue developing and sharing recipes on Ceri Jones Chef.