In my quest to get excited about cabbage and cabbage recipes, I stumbled upon Japanese cabbage pancakes called Okonomiyaki. Served with edamame beans and smoked salmon they make a perfect quick supper. 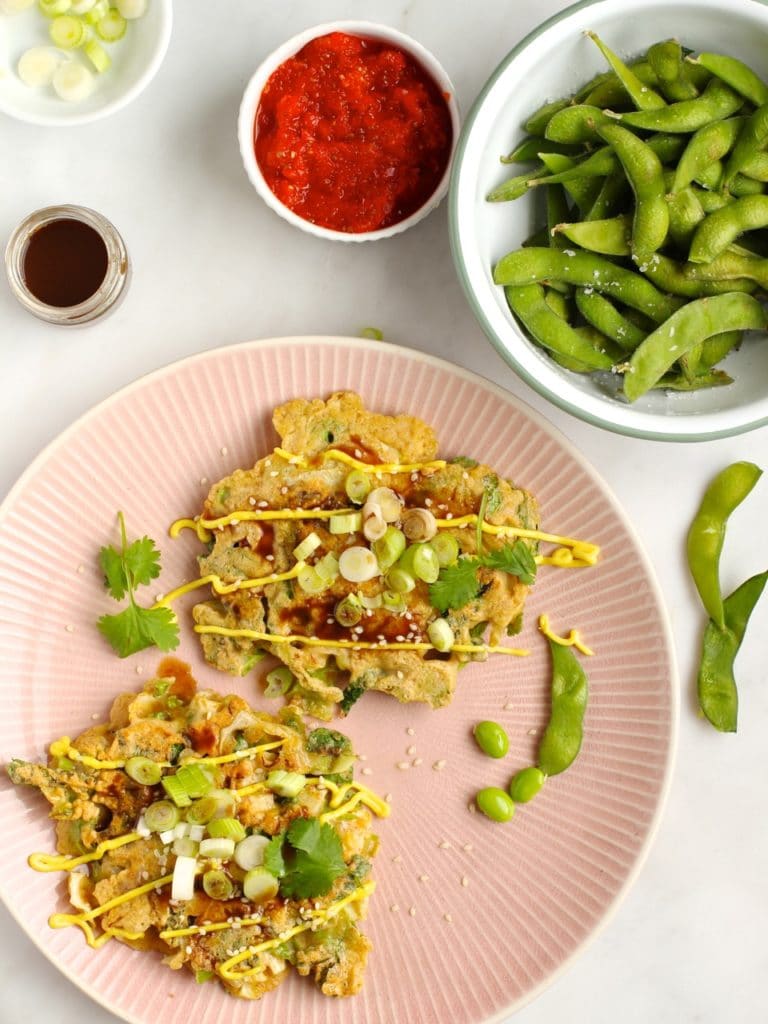 I hate getting cabbage in my veg bag.  January king and savoy may be stunning looking varieties of the vegetable, but I never seem to have any exciting recipes for them or any of the other cabbage varieties. Simply stir fried in butter is all well and good, but even when you eat a bit everyday the cabbage never seems to end.  Whether it’s spring greens, pointed (hispi) cabbage, savoy, january king or collard greens I generally have the same problem.

However, these humble vegetables are an essential part of the UK’s home grown produce offering, and something we do rather well in our climate, unlike the more sexier aubergines, peppers and tomatoes.  They’re also super good for us.  Riverford’s head farmer Guy Watson had a rant about exactly this a few weeks back, and it inspired me to learn how to get on board with this modest vegetable.  He thinks people don’t like or buy it because they don’t know how to cook it.  I think he’s right. 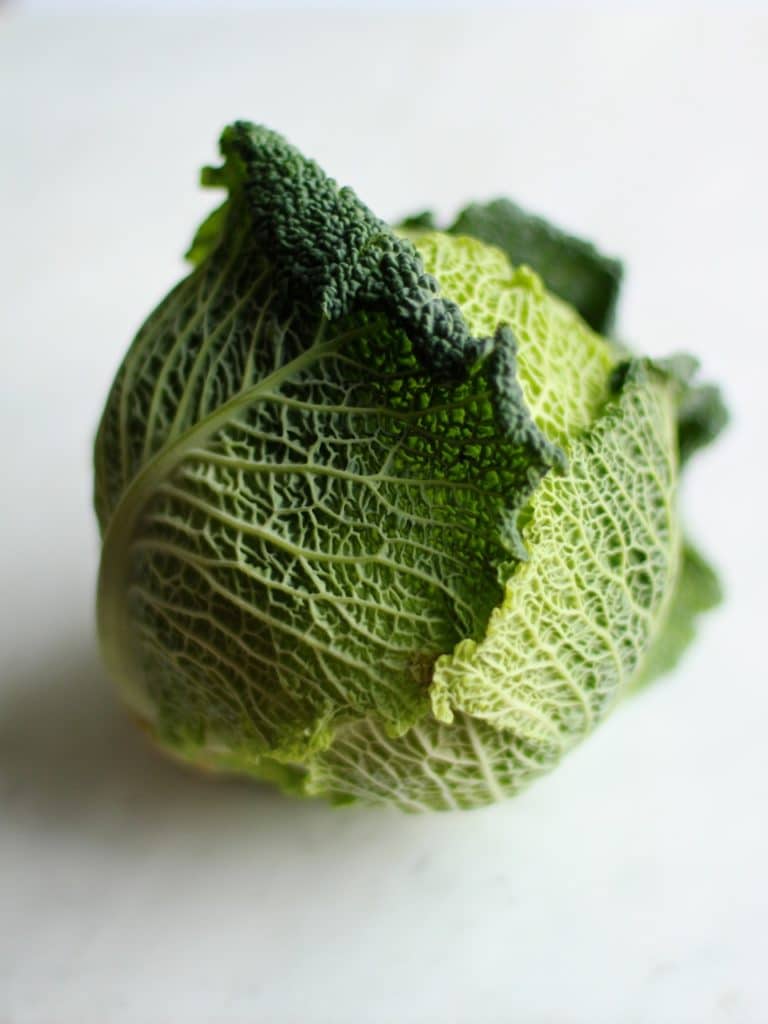 If even I, a champion of British seasonal veg couldn’t get on board with cabbage, I wondered what exactly the problem was.  I knew it wasn’t the taste.  After thinking about this for a bit I realised my own cabbage repertoire was non-existent; there are no cabbage recipes on this blog in 6.5 years!  So I decided to do some research.  Could cabbage be the star of a dish, rather than a bit on the side of a roast dinner?

Rather fortuitously I came across a recipe for cabbage pancakes called Okonomiyaki whilst researching Japanese recipes for a family cooking session at the Garden Museum where I work part time.  A recipe that had cabbage as an integral part of its recipe sounded promising, and who doesn’t love a pancake?   I must admit we were all a bit skeptical trying them out, what exactly is cabbage doing in a pancake?  But the general consensus was yes, cabbage in an Okonomiyaki could be a thing.

Since the class I’ve played with the recipe a bit.  Too much wholemeal flour made them claggy and grainy (though commendably higher in fibre than using plain flour), so I ended up mixing some wholemeal spelt with gram (chickpea) flour.  Since gram flour is high in protein it has super binding properties and it is admirably high in fibre too. 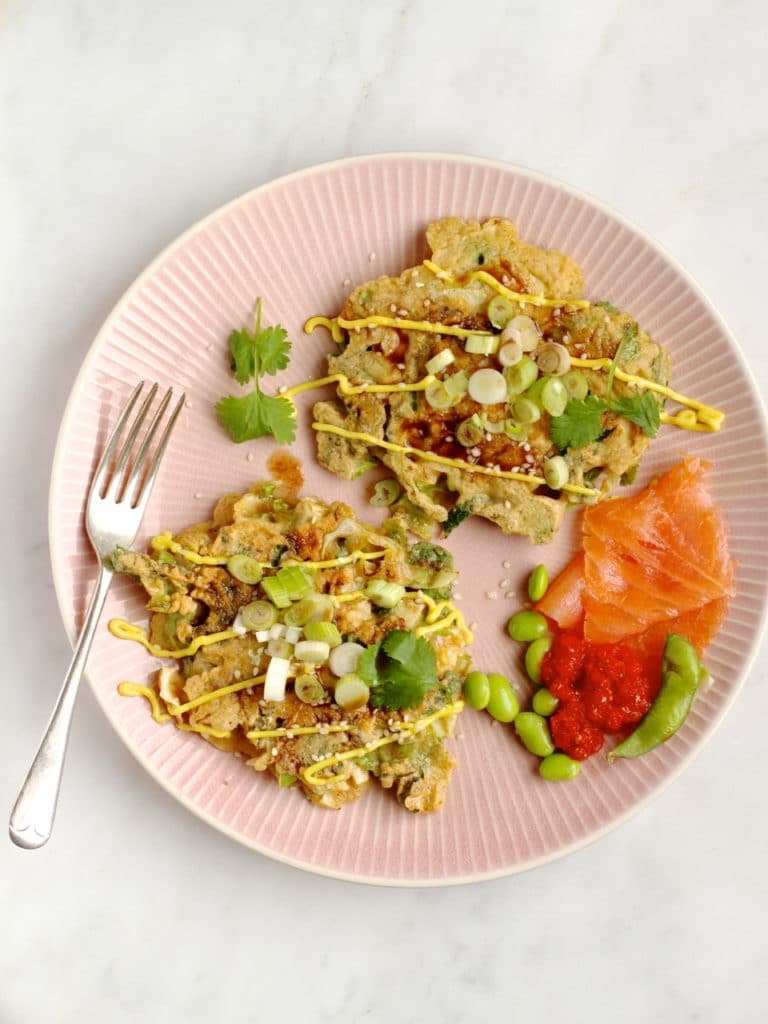 Drizzle these Okonomiyaki with Worcestershire sauce (look out for Biona’s veggie one if you are too), and also some mayonnaise – I spiked mine with a bit of yellow turmeric for fun.  I thought mayo and worcestershire sounded a bit mad, but it’s traditional apparently, and the creamy mayo and savoury Worcestershire complement the pancakes in flavour and in visual design.

For a full meal, serve the pancakes with some veggies like edamame beans or whatever you can find in the fridge, and a decadent strip of smoked salmon.  I also served mine with The Fresh Ginger’s amazing chia chilli jam; the perfect homemade alternative to sweet chilli sauce which also goes well with cheese and crackers, scrambled eggs and basically everything.

Next time I get cabbage in my Lee Greens veg bag, for the first time I’ll actually be excited about it, and will definitely be making these again!

Recipe loosely based on BBC Food.

10 cabbage recipes to get excited about

With my contribution out of the way, I wanted to find some other cabbage hero dishes to help us all get excited about all types of cabbage.  So here are ten best ideas I found along the way.

1, Cabbage can be used in a salad other than coleslaw.  I love this idea of charring cabbage and using it to replace lettuce in a caesar salad! 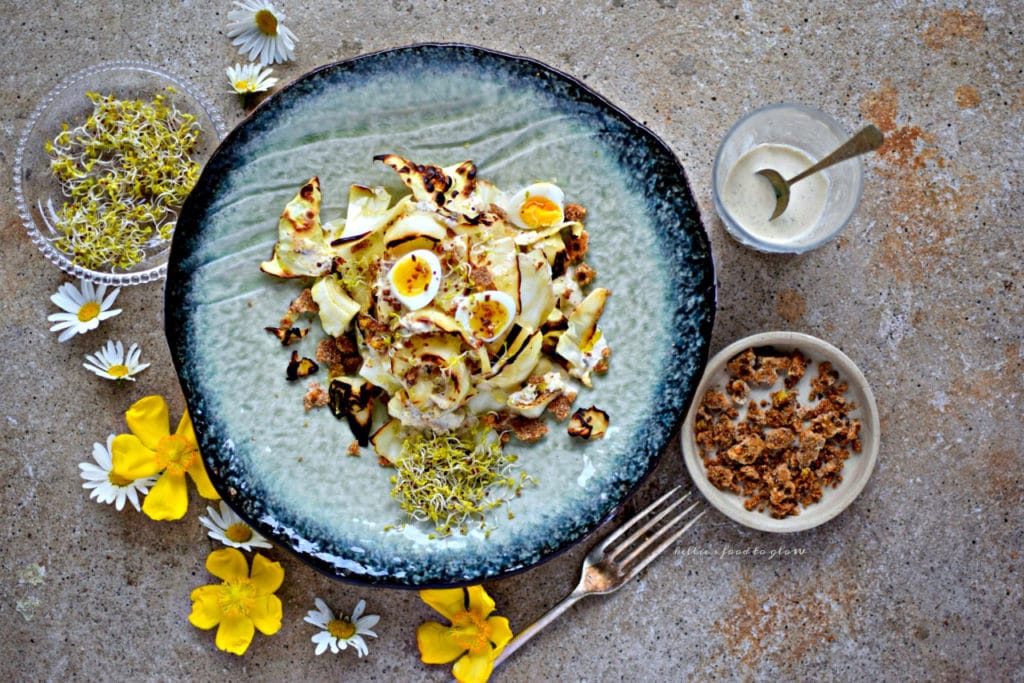 Recipe and photo from https://KelliesFoodtoGlow.com 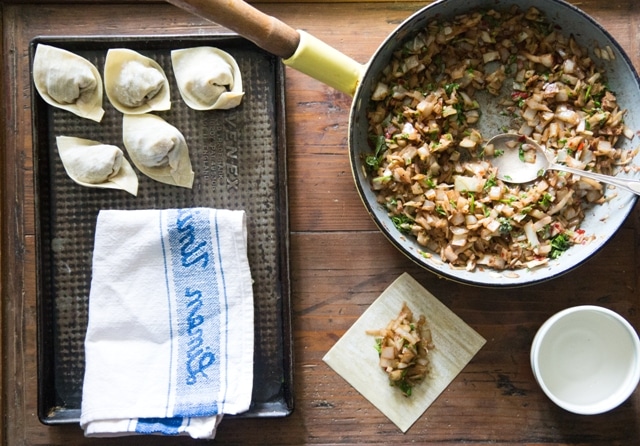 Recipe and photo from https://hedgecombers.com

5, 6 & 7, Soup can be a great way to use up leftover cabbage, any type.  This Sweet and sour cabbage tomato soup, a hearty lamb, vegetable lentil soup with cabbage, or a cabbage soup with harissa and ginger, could pack the flavour punch you need.

8 & 9, Cabbage rolls seem to be a popular and excellent idea.  This version with aubergine. Best with the outer layers of savoy cabbage or huge spring green or collard leaves.

10, Going a bit off piste you can eve bake with cabbage (I did make pancakes which is kinda baking.  These carrot, cabbage and cheddar mini muffins are certainly something to get excited about. 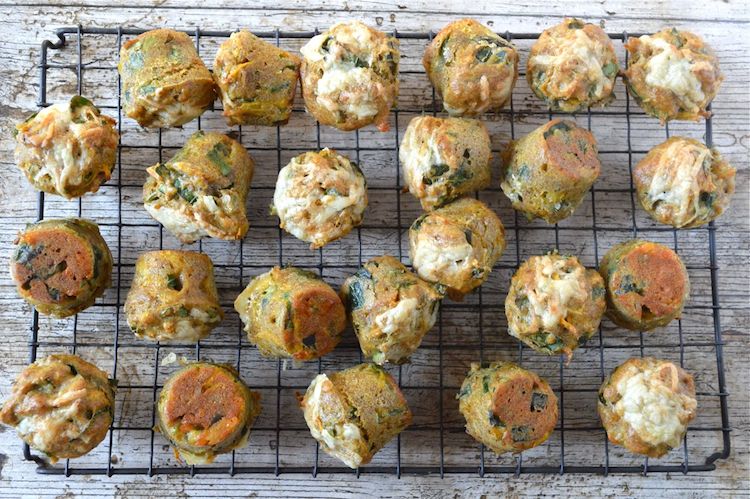 Recipe and photo from http://tinandthyme.uk

If that lot is not enough to tempt you try looking up recipes for international cuisines that love cabbage.  Ribollita from Tuscany, a Portuguese caldo verde, Welsh cawl, Irish colcannon, Eastern European sauerkraut or Korean kimchi for starters. 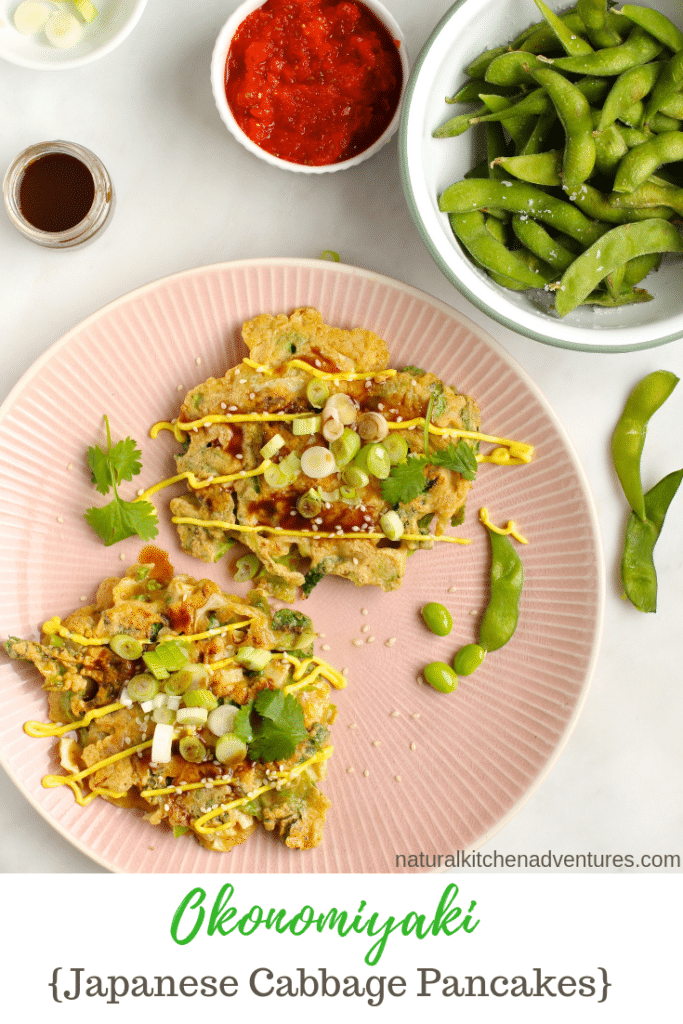 Please tell me, what you are your favourite cabbage recipes?